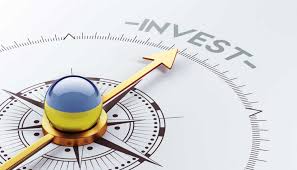 Inviting new investments, Greece fiscal authorities have created an attractive incentive for wealthy foreign investors. More than 20 filthy rich foreigners who have invested over 500,000 euros each in Greece have become tax residents of this country.

The tax inducement provides an annual tax fee of 100,000 euros regardless of the amount of income earned by the foreign investors. The investor has to prove that he or his relative or a legal entity in which he has the majority of shares carries a maximum of three discrete investments with total amount 500,000 euros at least. This is the basic prerequisite for the fiscal favorable provision.

The fiscal context of Non Dome has been activated including investments that open the door to absolutely favorable tax treatment for foreigners. The investments should be made in the following categories:

ii.                  Purchase of existing or creation of new fixed facilities in Greece for business activity through sole proprietorship

v.                  Capital contribution for participation in an alternative investment organization

The investment is considered to have been completed provided that all the physical object has been implemented and all its expenses have been paid.

Our consultants provide you with specialized advice and undertake the procedures for inclusion in this specific context of taxation. Advanced Consultants SA stands by your side as a reliable partner.